Many of the Vegans we speak with tell us about the challenges they face:

First, they fly in the face of conventional wisdom. They set aside the bacon cheeseburger and the milk that doesn’t do their body any good, the same way entrepreneurs set aside the adages about a steady job with benefits, the value of cubicle culture, and all the jokes and punchlines.

Second, they SPEAK UP and ask questions. Needing to know whether a menu item has dairy content creates an action habit of getting the necessary information before making a decision, and removes the fear of “rocking the boat” by just staying quiet and going along to get along (which is an oxymoron btw).

Third, they embrace the power of “attract and repel”. By consciously declining to participate in a certain culture, they open themselves to a different set of ideas, beliefs, and practices. Just by clearing the decks, they create space for new opportunities and new adventures – and claim their power to say HELL NO to that medium-rare New York Strip. Just like saying “HELL NO” to that “opportunity” that makes them sick just hearing about it.

Fourth, they gain the power of self-reliance. Rather than insist their hosts provide a “Vegan option” at the party, they simply opt for the salad and have another meal either before or after. This way they depend only on themselves. Similarly, entrepreneurs create their own success by doing what is necessary; not waiting for the ideal environment to be created by others.

Fifth, they build resistance to the onslaught of negative opinion. Veganism is a lifestyle, not a “diet”. It’s based on a strong moral principle that holds sacrosanct that people should not expect other living beings to lose their lives for their own momentary enjoyment. Just taking the leap into entrepreneurship brings an onslaught of negativity, jealousy, and ostracism (not to mention, bad jokes) from others who lift themselves up by tearing others down.

Sixth, they understand and embrace the power of true friendship. Yes, embracing Veganism usually means losing some “friends” who just won’t hang around “weirdos” and insist on associating with “normal” people only. How many people, within one year of taking the leap from a J.O.B. to entrepreneurship, look around and notice their entire circle of friends has changed?

Perhaps That’s Why There Are So Many Vegan Entrepreneurs

As we like to say at The Morning Adam™, before knocking something, take the time to understand it.

Now put down the junkburger and get to your hustle! 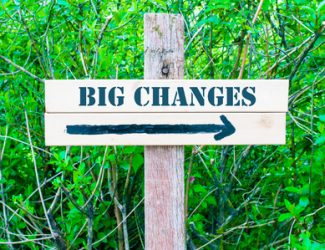 If It’s Been A Trend, It Won’t End
Previous Article

Helping Your Friends Out With Tech-Support Questions, Entrepreneur Style