(Full credit to Ross Jeffries for this one. It’s sheer brilliance.)

Is your past dictating your future?

Even if you say it isn’t….there’s a good chance it is.

The problem is, you keep reliving the past, comparing “then” to “now” and allowing those same patterns and process to govern your behavior.

Time to separate the past from your future.

Up until now, I’ve failed. And now…

Let’s use the second statement, “All my relationships have failed. I keep finding the same losers.”

Up until now, it has been the case that all my relationships have failed, and that I’ve kept finding the same losers.

And now, I claim my choice to attract the opportunities, the energies, and the person who will be a great fit and be a long-term partner in my awesome life.

It takes away any judgment of the past. You’re acknowledging it – not hiding from it, not having shame over it, not regretting it, not judging yourself for anything you did that contributed to the situation. That puts it in its proper place.

Then, it redirects your energy toward what you really want, and puts a new frame around your commitment to take the actions necessary and make the adjustments needed to do better, to have better, to be better.

Today I say “bye bye” to the past

Write it down, and say it aloud.

Say it aloud every time you have any fears, worries, regrets, angst, shame, or find yourself hauling yourself back into the court of history. 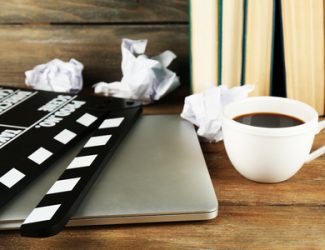 Edited Themselves Right Out Of Business
Previous Article

If You Don’t Have Your Emmy Yet, Keep On Keeping On!