This actually happened about a year and a half ago, but we at The Morning Adam™ saw it shared on a popular Facebook page with 2,978,428 followers (as of this writing on Saturday, September 24, 2016) just two hours ago.

That’s part of our point, as you’re about to see.

As reported (back then) by Independent Journal Review:

Twenty-seven-year-old Kaitlyn Walls had reason to celebrate — she had just been hired at a day care facility in The Colony, Texas.

Unfortunately, she celebrated by posting something defamatory on Facebook, according to a report by CBS:

“I start my new job today, but I absolutely hate working at day care,” she wrote.

Her actions came back to bite her when her brand new employer saw the post and fired her, the day before she was due to start working.

Being fired wasn’t the end of the story.

People began attacking her on social media, due to her perceived hatred of the daycare industry. Some hurled expletives and some even suggested she was infected by the bubonic plague. Most of these posts, however, have since been deleted:

“I had all these girls attacking me because I don’t want to be around a lot of kids all the time,” she said. “I actually cried. It really hurt because I wasn’t trying to offend anybody.”

We’re sure Kaitlyn is around somewhere, but couldn’t find information.

Perhaps because it turns out there are a lot of people with that exact name on social media and we couldn’t locate one that has information correlating to what’s known about her, or perhaps it’s buried somewhere deep within the over 136,000 search results on this same story that are still online.

Did she ever get a job in daycare?

Did she ever get a job?

What Would You Do If This Happened To You?

Many brilliant people have the occasional social-media faux pas.

A couple years ago, someone we know (a great online marketer well-known for their work with language) launched into an empassioned, spontaneous rant about a grade-school kid selling candy door-to-door and how it’s great that he’s being taught early not to be enslaved by employee mentality.

The kid’s mother saw it and was not amused.

Okay, fortunately the person was able to save the situation by immediately retracting their statement and apologizing publicly as follows: “I’m sorry I spoke out of turn. I guess I thought I knew everything about proper decorum, but this just goes to show that nobody is beyond getting wised up from time to time. Thank you for setting me straight.”

But what if it didn’t?

What if the post had already been screenshot and was leading in Trends?

If we were coaching her, this is what we would say to Kaitlyn.

Right now, draw a solid line under the incident. Get it out of the way quickly and put a new frame around the situation.

Right now, accept that you have a future in daycare about as promising as the prospects Kristen Lindsey has working as a veterinarian. It’s over. New career path required.

Right now, since your faux pas became an international media sensation, accept that this is now part of your resume – here we are September 2016, seeing a brand-new Facebook post about an April 2015 news item and learning about it for the first time.  If it was handed to us on a silver platter by a political page, any prospective employer who owns a daycare will find it through a casual Google search like “Kaitlyn Walls daycare“.

There’s something about human nature that loves stories of overcoming challenges, discovering humanity, making comebacks, and finding redemption. People will love it. Use that.

First, write and publish a book about the experience, with lessons learned, as the story to promote a new Bible on social media etiquette that everyone must read. Get whatever job you can for now to pay the bills so you have time to write the book and afford the (fairly low) costs of self-publishing.

Second, issue press releases and get interviewed by reporters on social media related topics. Become just as internationally recognized as an authority on this topic as you are for whining about accepting a job you don’t want.

Third, monetize the experience as a niche communications coach, working with upcoming celebrities, online marketers who veer into controversial topics, and those who need crisis management.

Fourth, and going along with that, create a crisis communications hotline where any online marketer suddenly finding themselves in hot water over a social faux pas can purchase “911 rescue sessions” for rapid-response support.

Fifth, parlay this into a public speaking career, inspiring audiences of dozens to thousands who have, or may find themselves, in similar situations due to human error.

Sixth, become a role model for anyone who’s afraid of making moves, showing them that if you can come out ahead, so can they.

We Pretty Much Came Up With This Right On The Spot

A lot of people we know have been there. 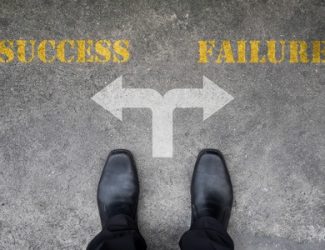 Theodore Roosevelt: The Man In The Arena

This Could Save Your Life!