Today we will take another view on how to shorten meetings and run them more effectively, that somewhat builds upon yesterday’s lesson.

During and after his time in MBA school, The Morning Adam™ served for three years on the Board of Directors of a local professional organization.

Then, he went full-bore into entrepreneurship and was planning to exit the organization.

…at this specific juncture, the outgoing Board appealed to him to run for President.

He accepted and won.

From the moment he took office,

Simply: the Board of Directors met once per month, usually on the third Wednesday, from 6:30pm until 8:00pm.

What usually happened was, the meetings ran two, sometimes three hours, with most of the time taken up by narrative reports from each Board member and a lot of the same conversations from month to month.

Being a man of action, not meetings, The Morning Adam™ (who we’ll refer to as “the new President”) requested that at least 48 hours before each meeting, each Board member send to the entire Board, via e-mail, a summary report consisting of three simple items:

A short email with bullet points was fine. No need for formal proposals or elaborate documents. Just the facts.

The First Time Around, Four Of The Seven Board Members Submitted Their Reports In Advance.

At the meeting, the new President called on each of the four, in turn, to

About 55 minutes in, the four were done.  The new President said “Awesome meeting guys! See you next month. We’re adjourned!”

The Three Board Members Left Un-Called On Were Outraged

Why were they not called on?  Why was their no discussion of their work, needs, or ideas?

“Elementary my dear Watson. You (didn’t support a report, told me you didn’t want to submit a report, etc.) so obviously you have nothing to contribute and have everything so well managed in your own department, just 18 days into your term, you don’t need the rest of us. Therefore we’re not going to take up time for something you don’t need.”

This message did not go over well.

But the new President was not giving an inch.

Cue the next meeting, where not only were all seven reports submitted via e-mail in timely fashion, but

The Board Members Competed To See Who Would Submit The Report First, And Even Asked For Review And Approval Of Drafts Before Submitting

No report was ever turned in late, or not turned in at all, again.

For the rest of the year, most Board meetings ended sooner than the 90 minutes allotted.

Only one ran over – that was the one that included a broad and exciting discussion about infusing more online-marketing principles into a Chapter strategy to take advantage of the business environment as it stood in 2007 and moving further away from a 20th century model.

At any rate, it’s a lot better than listening to long reports and the same conversation over and over. 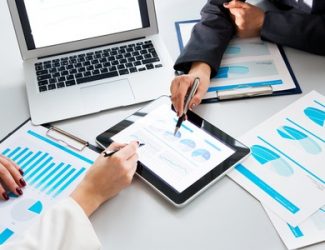 Doing It During The Meeting
Previous Article